It's All About the People Guys 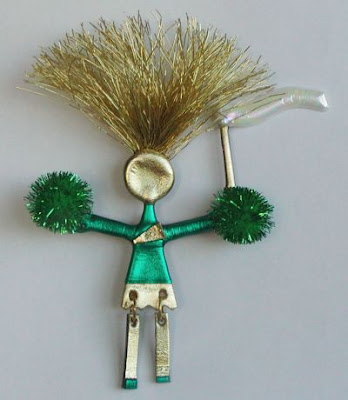 I don't know about your school but at many independent schools here we have 'Houses' in true Hogwarts tradition, complete with House Cups and all that that entails.

Some of the more well to do establishments put a lot of emphasis on Houses, being the pastoral care reference point for parental concerns. At others, they are simply a place of allegiance where the annual Sports day, Swimming Carnival and Choir Competition culminate in a House Cup Award ceremony and the position of House Official offers an opportunity for pupils to make a mark on the school (and yes, the latter was my old school).

At my current school, Houses are given lip service in that the 'Care Groups' (roll groups/home groups...you know the thing) are House based and we have an annual sports and swimming carnival but after that there seemed little focus on house spirit and the sense of belonging which has spawned the entire fraternity/sorority system in the US.

Now I'm not saying for a moment that I condone the ridiculous excesses of the frat/sorority system. You would never have seen ME on a pub crawl back in my Uni days...no SIRREE!!!
(shut up Bestie...that will be enough out of you) but I do admire the support networks built up by these groups and, after reading a recent post by A Free Man on bullying, I think they can supply that essential sense of belonging that we all need in a setting often far from family and home.

To some small degree, that is what I see the House system offering in a High schools.

When I arrived at my current school, I had left the powerful experience of being part of a house in another school. For some reason I decided to join the House with the same colour and, as I was later to discover, a similar sense of failure and disillusionment. Sheesh

After my first year at my current school it was evident that our House was in the Doldrums. Some of you may remember that at a warm, late afternoon, end of year staff House meeting last year, I fell asleep and awoke to find myself House Leader. This has been an interesting journey.

Firstly I petitioned the Principal to instigate the House Cup, which I am thrilled to report he duly did. At the moment we are in the process of deciding how to allocate points from a year full of activities in order to award the Cup; but the excitement has been a spate of inter-house basketball matches, quizzes and charity project competitions. The range of activities is, I feel, a reflection of the broader range of talents exhibited by pupils across the school. In other words, sport is not everything.

My battle this year has been against the apathy within the House. I have heard kids say,
"I wish I wasn't in this House. We're rubbish*."

What they are failing to understand is that Houses are only as good as the people who make them up.

With this in mind I have been trying to instigate house activities which are fun and a 'reward' without requiring a first place. For example, after the swimming carnival where we DIDN'T COME LAST, I organised an ice cream sundae lunchtime for the participants. Later when we WON the Inter House Quiz and all our teams got into the Grand Final in the basketball (we lost all of them but hey!) we held a popcorn and movie lunch.

Tomorrow we are holding the inaugural 'farewell' to Year 12 House BBQ.

You have no idea how many gripes this idea elicited from staff members.

"But we do our Year 12 farewells in Care groups. This isn't traditional! We won't have enough time/money/music to make it successful."
" You'll never get it all done in Long Care Group time. There will be kids from every House trying to muscle in...."
"Not everyone likes sausages you know."

My vision is that even if our House is not incredibly successful at athletics or swimming, at least we will have nice social events which will make kids feel pleased to be part of the House. We will celebrate the people who make up our House and we will enjoy the belonging.

So send up some prayers to your respective deities or to the universe, if that's your thing, that the House BBQ tomorrow is successful. We need a fine, windless day, cheerful staff prepared to speak on the Yr 12s in their care group; student helpers who are competent and prepared to serve and finally, enough food!!!!!!

As many of you may know, I am a crap cook. Catering causes me to hyper-ventilate. What on earth inspired me to co ordinate a 'dry' BBQ!!!!!!!!!!

The spirit of the House is at stake.

PS: Update on Himself; still in the low 500s but poised for a big 'run' soon.


* paraphrased of course
cheerleader pin
Posted by Arizaphale at 00:24

In my experience with the house system (which is gleaned entirely from Harry Potter) its actually worse for bullying. I mean, high school sucked, but I never once got turned into a ferret or got knocked off a flying broom.

Have a GREAT time with that BBQ.

I hope the BBQ goes well! If it makes you feel any better, I would much rather be part of a group that's good at having fun than one that's good at sports. 'Course I suck at sports. I never could find one that didn't involve sweat.