My Grief Surprised Me

Four years ago I picked the BA up off a plane. This happened every holidays. It was nothing new. Except that this time it was. My tousle haired baby emerged from the arrivals ramp alongside a dark hair pimply youth! Alright, he wasn't exactly pimply; in fact he was quite nice looking, in a young sort of way, but he was a complete stranger! And they were exchanging phone numbers!

Feeling particularly awkward,  I actually walked in front of them for some distance until the BA called me in to 'introduce' this young man. Apparently they had been seated next to one another on the plane. I was cynical in the extreme. Surely we wouldn't hear from HIM again.

A week later he was in my house chatting to me about where he was going to take my daughter out.  Then he said he had to go because he was off to church....
My heart melted.

The BA's lovely beau was in the Army. I thought of calling him 'Army Boy' but the raw fact is I got to know him so much better than that. So, in a hat tip to 'Band of Brothers' I am going to call him Richard. 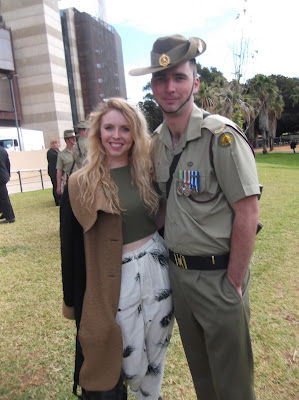 When she met him, Richard was a country boy from New South Wales, stationed in South Australia. Initially this didn't seem to be a huge problem, but eventually, it would be the death knell of their relationship.

I've got to hand it to them. Them survived separations that would test most of us. He was deployed to Afghanistan for 3 months. They survived that. She decided to take her gap year overseas. It stretched to 18 months. They survived that. In the end, he decided to move back to NSW to study and they faced the prospect of splitting up. They were both so unhappy about the idea that those of us closest to them said.."why split up?" And so, for about eight months, these two lovely young people kept their relationship on hold. They visited each other for a week or so here and there.
And every time they had to leave each other they felt bad.

After our overseas trip in October, the BA finally pulled the pin. The separations were too much and, at the end of the day as Richard pointed out, they didn't really have an end plan. I got the feeling he might like to  have one, but there's a big difference between 21 and 24. The BA is not ready to think about settling down yet, and if she was I'm not at all sure she'd want to do it in country New South Wales. He is such a sensible lad. He didn't pressure her or make suggestions he knew she wasn't ready for. He just let nature take its course. I'm so grateful to him for that.

This way, The BA has made the decision, and although it was hard, and she still cries about it over a month later, it wasn't a rejection.

But I am surprised by how much I miss him. He was around for 4 years and helped us out through a lot of awful rubbish in the last two. 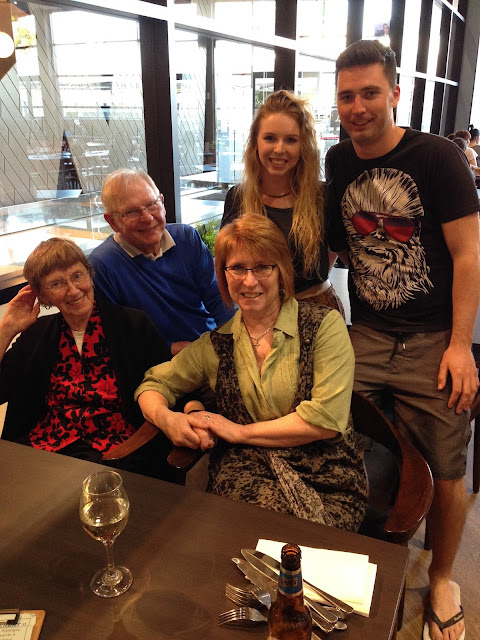 He will make someone a lovely husband and I hope the BA finds someone closer who will do the same thing for her.

Meanwhile we cuddle on the sofa and watch comfort TV.


Other things I said about these guys

Posted by Arizaphale at 18:02 3 comments