Labels: family, graduation, Himself, weather
The week before the Grad Ball the BA's dad (let's call him Her Dad) and Step Mum had flown in to attend her Graduation Mass.

We were all delighted to see them and the suggestion was made that we meet for a meal the next night, before the Mass which was at 7pm. Lively discussion then took place regarding the wisdom of this. Himself pointed out that when we had done this the previous year, we had been very rushed and finding seating at the tightly packed school venue was stressful. There was general acknowledgement of this and some alternate suggestion of a supper afterwards, but no real decision was made and Her Dad and Step Mum left, agreeing to meet up with us sometime the next day.

Himself, feeling magnanimous and, more importantly, wanting to prove to me that there were eating establishments in Adelaide which stayed open beyond 10 o' clock, took it upon himself to book a restaurant. He spent several hours the next day researching the task online, finding and confirming a place willing to take a booking for 7 people at that late hour, and reading up on the menus and reviews. When he texted me to say he had been successful, he was well pleased with himself. The only minor hitch in this plan was that we had not actually confirmed with Her Dad and Step Mum that they wanted to eat with us after the Mass.  I texted them regarding this detail. I got no immediate response but assumed they were simply busy.

When I got home, Himself was raving about the place he had booked. He had read every review and was so pleased with himself for finding us a 5 star restaurant open after 9pm! This place apparently had a world class chef! The level of his enthusiasm set off a small alarm in the back of my head. I texted the others again.

Me: Did you get my message about dinner after the Mass?
Them: Yes, sounds lovely but we are eating now. May join you for coffee.

I took one look at my 'pumped' husband and sent them this text:

Naturally, in anticipation of the five star meal he would be enjoying after the mass, Himself did not eat lunch. But that was only the start of his problems. The Mass was outdoors. 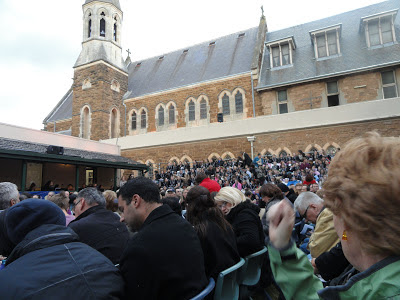 We had to be seated by 7pm for a 7.30pm start. Once in the tightly packed quadrangle, there was no easy way for Himself to exit, unnoticed,  for a cigar break.

It started under sunny skies, 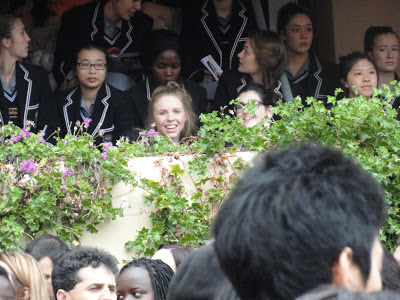 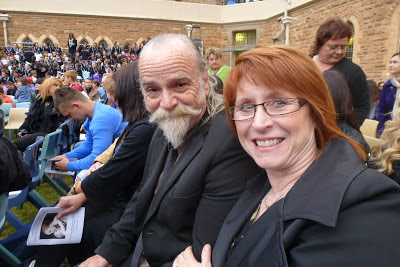 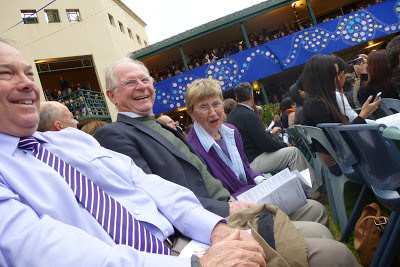 but as the sun went down and the lights came on, the temperature plummeted. 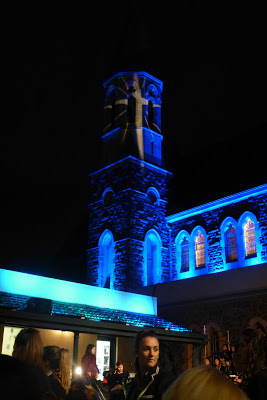 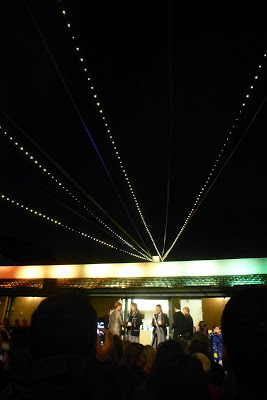 Her Dad and Step Mum both pulled on bushwalking parkas; my mum had a warm shawl around her shoulders; Dad had a jumper under his jacket and I was wearing a coat; but in his summer weight suit, tie and shirt, Himself was freezing. Bone jarringly, teeth chatteringly, blue lip style freezing. And the Mass went for for over two hours. 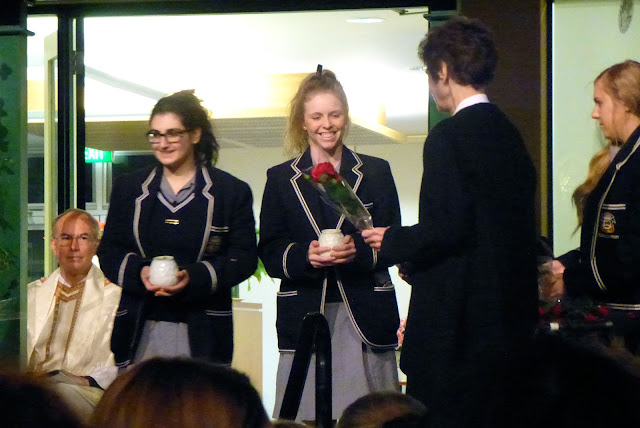 (The Principal presents the Baby Angel with her traditional rose as she and her opposite number carry candles for the Graduation Procession.) 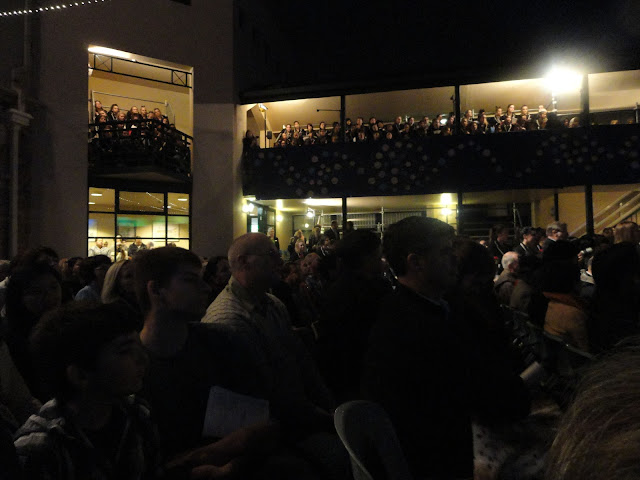 (An attempt at capturing the Year 12 procession down the diagonal aisles, with candles. Fail. Tiny dot at centre is the BA.) 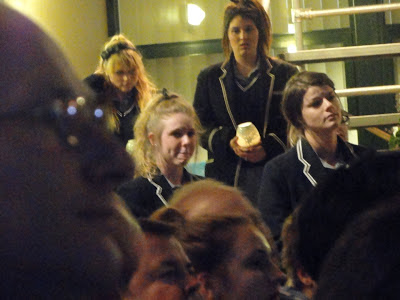 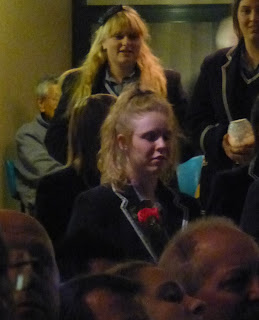 (The Baby Angel gets emotional).

And that two hours did not include the photos afterwards. 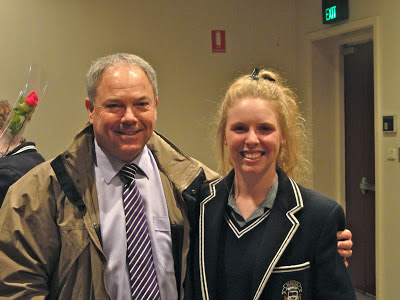 (See what I mean about the coat). 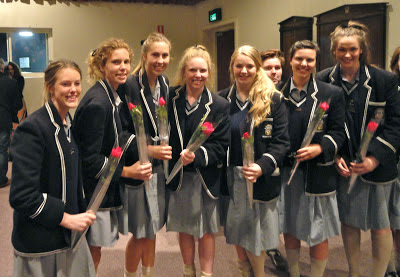 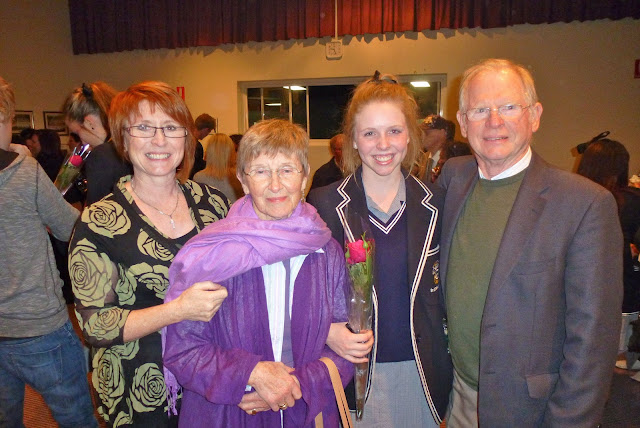 After that, no one was game to contradict Himself when he matched purposefully towards his vehicle claiming he was ready to eat a horse. Cooked by a 5 star chef. And WHO WAS COMING WITH HIM?

On the way to the restaurant, all I could hope was that it would live up to his expectations.
To everyone's immense relief it was very nice and we were all able to have a light snack whilst Himself devoured a beautifully prepared rare steak. After which he began to once more resemble a civilised human being.

Posted by Arizaphale at 13:43 0 comments

Merry Christmas To All And To All A Goodnight 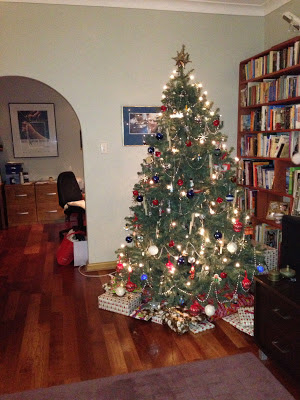 "Of course you realise there will be no stocking this year BA," I cautiously raised the subject as she lay prostrate and miserable on the couch with a low grade fever, swollen neck glands the size of golf balls and eyes which looked as though someone had used her for punching practice!

Her face fell. As far as it could considering the swelling.

Never mind that three weeks ago she snapped waspishly at me,"Reee-ally, Mum, you are the only parent who won't just give cash at Christmas! What is the matter with you?"

Never mind that the things of childhood hold little interest for her nowadays.

Never mind that she recently told me she thinks we'll be better friends when she moves out of home!

When push comes to shove, my Baby Angel is loathe to let go of the traditions of her childhood, and so tomorrow morning, there will be a little stocking and a letter from Father Christmas!! 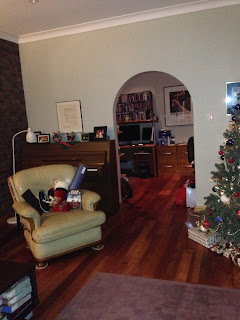 Not quite the plethora of presents she has become used to, but enough to remind her that she isn't quite that big, yet.

Merry Christmas to everyone, from all of us here at The Flaming Sword!
Posted by Arizaphale at 02:09 2 comments 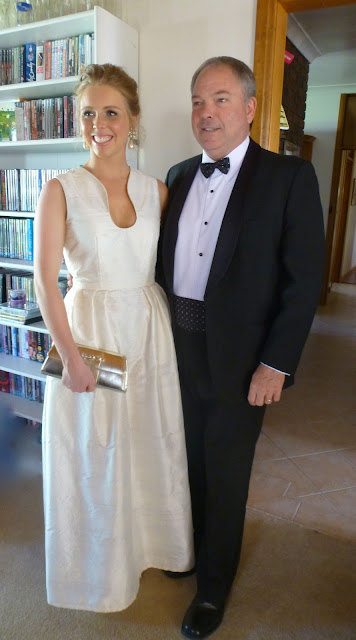 The BA and her Dad prepare for the Grad Ball. A story for later!
Posted by Arizaphale at 08:37 4 comments

I Think She Likes It

Remember the flashy Alexander McQueen ball dress that the BA decided she liked? Well my friend Blondie and I came up with our own version! 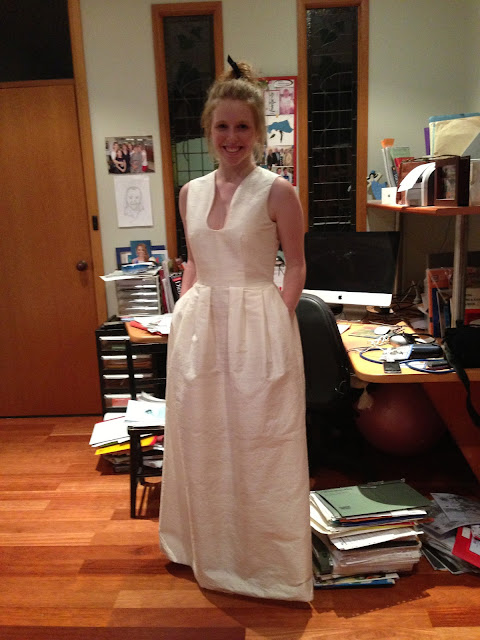 This was the first draft. I was pretty happy with it considering the pattern we adapted looked like this: 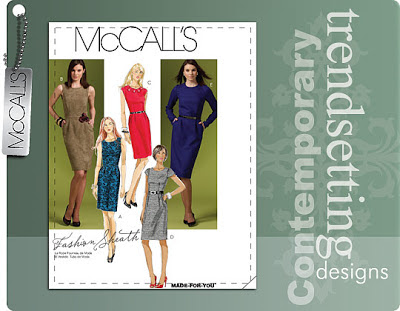 but I didn't like the boxy front pleats so I fiddled. This is the finished result. Not perfect but hey! 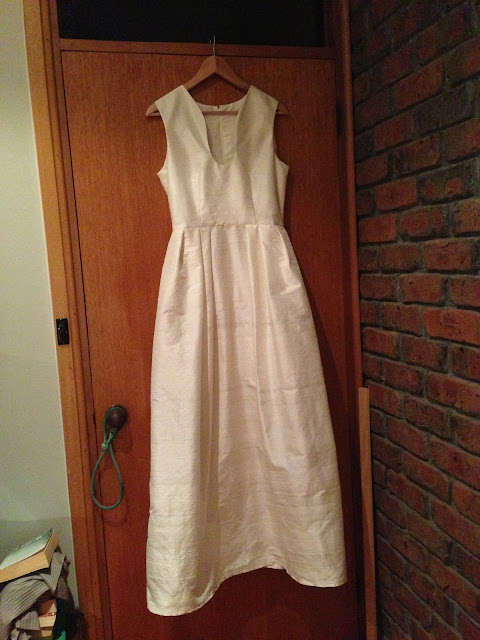 I decided against lining the skirt as I figure she will wear it once. Who knows though, it may get a run in a school musical someday. Stranger things have happened! For the big night (tomorrow..eek!) I will make sure she has a long slip.

I am looking forward to seeing the finished effect tomorrow with hair and make-up (and obligatory fake tan). This Grad Ball will be the final, official school function of her young life and I am so grateful that her grandparents, both parents and step parents will be there to share it with her.